Google and Cisco Systems Inc. CSCO -0.25% on Wednesday said they are combining their technology to help corporate customers more easily develop software for the cloud.

Much like how Google’s Android makes it possible to run mobile apps on a variety of smartphones and devices, the two companies’ software will make it possible for businesses to create apps that run in their own data centers and on Google’s servers, creating a so-called hybrid cloud. Until recently, big cloud providers were like walled gardens and different tools were used to create code for private data centers.

Google, a unit of Alphabet Inc., GOOGL +0.34% is contributing cloud-development expertise and tools that run on the Google Cloud Platform, a suite of services for the cloud including computing, storage, databases and analytics. Cisco is bringing networking, security and infrastructure technologies to the mix. Both companies are using open-source technologies to give customers more flexibility.

Mr. Robbins is counting on new cloud services to help turn around Cisco by moving further away from its legacy hardware. Cisco’s customers are increasingly using cloud services instead of investing in hardware for their own data centers.

Google Cloud Chief Executive Diane Greene is leading the company on an uphill battle in the market for corporate computing power and storage accessed online. While Google is an internet giant, it is a relatively small player in business computing, ranking fourth in cloud infrastructure services in 2016 with only 2.3% market share, according to a September report from research firm Gartner Inc.

The two companies have been working together for much of the past year developing software and working with corporate customers on requirements, Ms. Greene said. “A partnership takes off when the engineers work well together,” she said.

The two companies plan to offer early access for a few customers in the first half of 2018. The software will be more widely available in the second half of next year, said Ms. Greene.

Google is trying to attract corporate customers using its cloud-development expertise and popular software that was initially developed to manage its own search engine. Cisco has relationships with large corporate customers forged over decades along with expertise in so-called hyperconverged systems that combine computing, storage and networking.

The partnership is similar in some respects to the way in which Cisco rival Dell Technologies Inc. works with corporate customers such as General Electric Co. and Ford Motor Co. to build cloud software. Dell’s unit, Pivotal, makes it easier for companies to get started developing software, acting like an operating system for the cloud.

Dell uses Pivotal as an entry point to selling more products and services. In much the same way, the new software would help Cisco sell more of its hyperconverged products, while Google could sell more cloud-computing services.

What to Read Next… 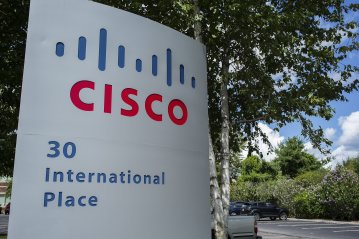 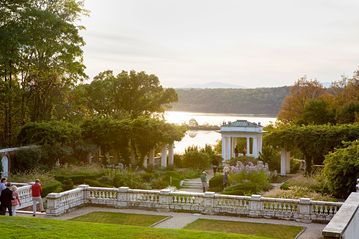 OFF DUTY TRAVEL
Choose Your Own Hudson Valley Adventure